● Started in 2012, the project works with local communities to manage the park’s forests sustainably through land use, planning, agroforestry, health, education and sustainable agriculture

● Currently 168 staff are employed, and 122 communities supported. Training and support in sustainable cocoa production has opened routes to developed markets

● Habitat protection has been provided for 327 bird species, 650 endemic plant species, and 49 species of larger mammals, including the elusive Pygmy Hippo and the Western Chimpanzee

● Over the thirty-year project lifetime, the project is anticipated to avoid more than 15 million tons of CO2e from being released into the atmosphere

The following Sustainable Development Goals are being pursued with this project: 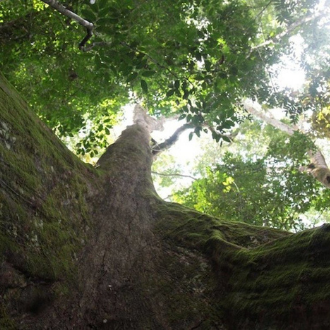 Manage Cookie Consent
We use cookies to improve our sites. Our sites also uses Google analytics cookies to collect information such as how many new visitors our website has attracted and how many people have visited particular pages, although this data is only collected in the aggregate. To find out what cookies we use on our Sites and to manage your preferences, click the link below, or if you agree to our use of cookies, please select “Accept”.
Manage options Manage services Manage vendors Read more about these purposes
View preferences
{title} {title} {title}